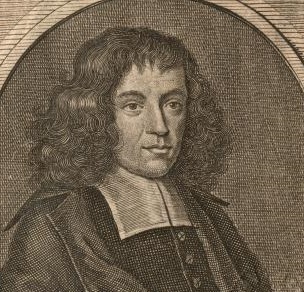 We have the rare good fortune of living in a republic in which freedom is valued more than anything else. (1670)

Both freedom of speech and tolerance for other religions were important to Spinoza. Amsterdam was an example in this. His parents had fled from Portugal, where Jews feared their lives. Jews were much safer in Amsterdam. This family history is noticeable in the thinking of Spinoza. According to him, everyone should be able to adhere to and express their own faith in safety. On top of that, this freedom should not be abused to limit the freedom of others: everyone may think, say and write what they want, as long as they do not harm others.

The book where this quote is from, the Tractatus Theologico-Politicus or TTP, was published by Jan Rieuwertsz. This tile lies here, at the beginning of this alley where Rieuwertsz had his office. The publishing house was located at Dirk van Hasseltssteeg 14. Unfortunately, there is nothing left of the original building. To remember this brave man the tile is here: te TTP was even in the relatively free Amsterdam immediately prohibited.